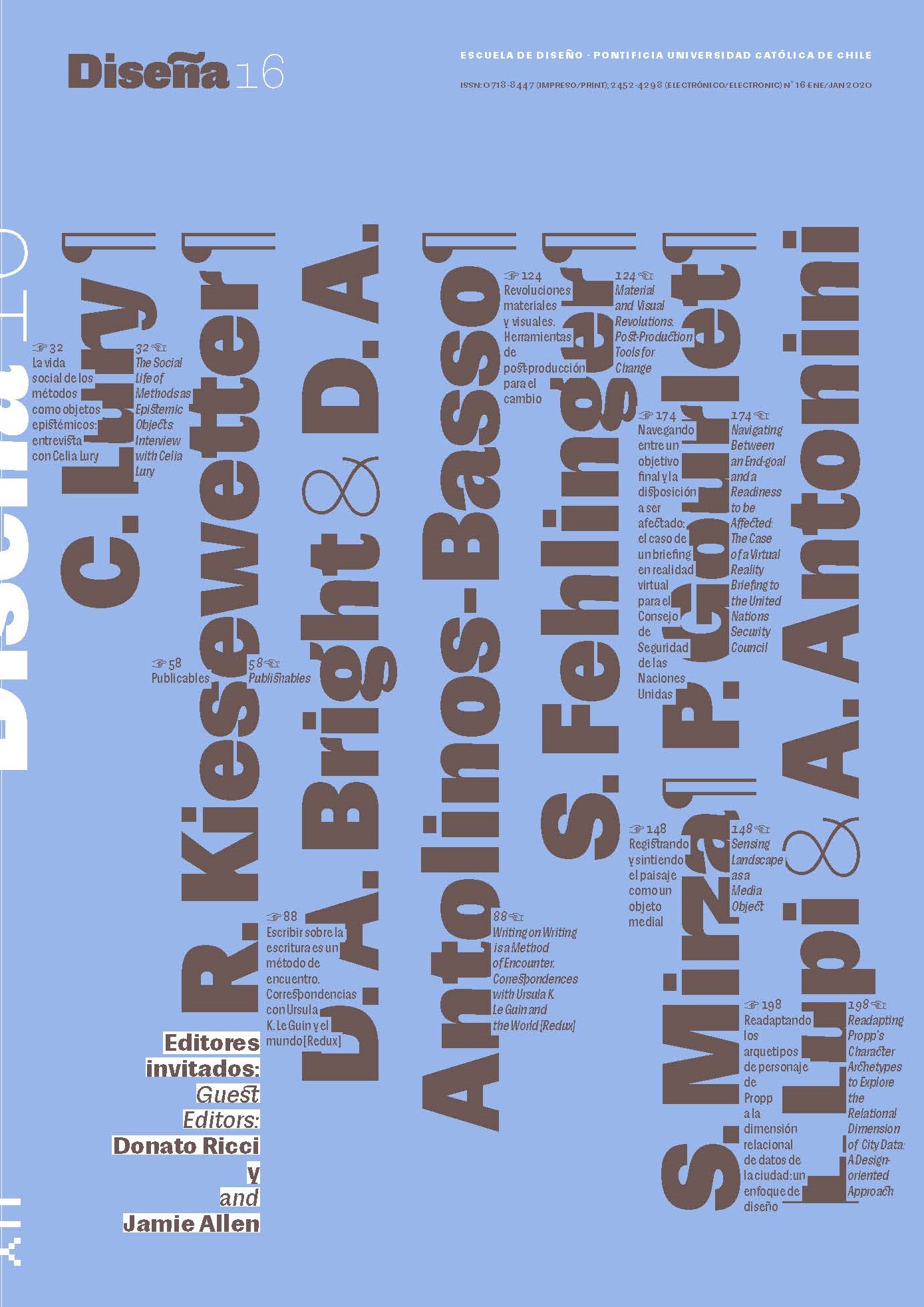 Celia Lury is the founder of the Centre for Interdisciplinary Methodologies at the University of Warwick, of which she is a professor and researcher. Out of her interest in the way 'live' methods represent social worlds, she works on interdisciplinary methodologies, feminist and cultural theory, sociology of culture, consumer culture, and algorithms. Celia Lury is co-editor of Routledge Handbook of Interdisciplinary Research Methods (Routledge, 2018), Inventive Methods, (Routledge, 2012), and Measure and Value (Blackwell, 2012), among other volumes. In the following interview, Lury explains how she uses discussion and critical reflection on methods as a means to build interdisciplinarity. She emphasizes that live methods require being activated within a broader assemblage or ecology, and that an ethical orientation is needed when approaching and using methods. For Lury, methods cannot simply be conceived as instruments or tools. Instead, they should be perceived as practices. In this sense, one of the contributions that design makes to the debate on methodology is the specific relationship that designers have with practices and processes. In fact, emphasis on making allows designers to think about the material and semiotic properties of methods in a very enabling way.

This work is licensed under a Creative Commons Attribution-ShareAlike 4.0 International license.

All contents of this electronic edition are distributed under the Creative Commons license of "Attribution-ShareAlike 4.0 Internacional" (CC-BY-SA). Any total or partial reproduction of the material must mention its origin.

The rights of the published images belong to their authors, who grant to Diseña the license for its use. The management of the permits and the authorization of the publication of the images (or of any material) that contains copyright and its consequent rights of reproduction in this publication is the sole responsibility of the authors of the articles.

Most read articles by the same author(s)